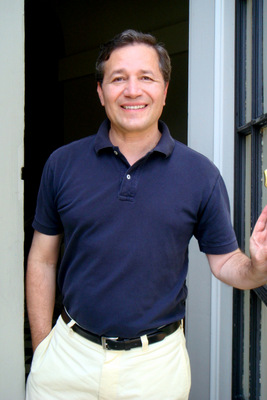 Eduardo Contreras grew up in the Spanish colonial city of Santa Ana, El Salvador, and came to the U.S. as a college exchange student. He earned a Bachelor of Architecture from the University of Tennessee, and attended the Jefferson Symposium at the University of Virginia.

After university, he worked with several architectural firms in the Southeast before he and three partners created a new company in 1996. The company, which eventually became Bryan & Contreras, lasted for fourteen and half years until the partners disbanded in 2009. Eduardo began Contreras Residential Design later that same year.

Eduardo was selected for the Edward Vason Jones Scholarship by The Institute for Classical Architecture, and attended the Institute’s Rome Architectural Drawing Tour. While in Rome, he was instructed in measured drawing, analytical drawing and pictorial sketching by Institute faculty and guest lecturers.